HOW AND WHERE it all began

On December the 23rd, 2016, in a remote Western Australian lay-by, Abstract Aerial Art was born!

The story starts back in March of the same year, when, heartbroken and fed up of day to day life in the UK, we decided to buy a one-way plane ticket to Australia. With no planning whatsoever, we flew to the other side of the world, and, 24 hours or so later, found ourselves in the middle of Sydney wondering what on earth to do next!

Little did we know it at the time, this was a decision that would take us on a journey that would change our lives forever!

After spending the following six months traveling around the vast, incredible country that is Australia, we headed back to the UK at the end of September 2016 for a very important 80th birthday party that we had promised our grandfather we would not miss no matter where on the planet we were! It was during these couple of weeks back home that we discussed purchasing a drone to go back and film the incredible sights that we had come across during our time exploring the more remote parts of Australia. Knowing almost nothing about drones, we did a little research, found a shop, took some of our savings and went off to buy a DJI Inspire 1 Pro! A bold choice, but at the time, we knew no different! With six months still left on our visa’s, once again we set off to the other side of the world, only this time, with our new ‘toy’ in tow!

Immediately, we headed straight back to the remoter parts of the country we had loved so much during the first part of our adventure. It was like nothing we had ever experienced before, and, to be honest, have yet to experience since. When you hear the words, ‘in the middle of nowhere’, the outback really  this statement! We flew the drone at every opportunity we had. Spending the majority of our time in this unbelievable wilderness, we had what you could describe as, plenty of space to learn quickly!

From the perspective of our drone, we saw the textures of the earth for the first time. The swirl of patterns, symmetry . Instantly, we were drawn to the unusual sights we were witnessing from above. Each changing landscape exposed the truly weird and wonderful world we live in. The more we photographed them, the more we couldn’t believe what we were seeing!

Below, is the very first Abstract Aerial Art shot we ever took with our drone! 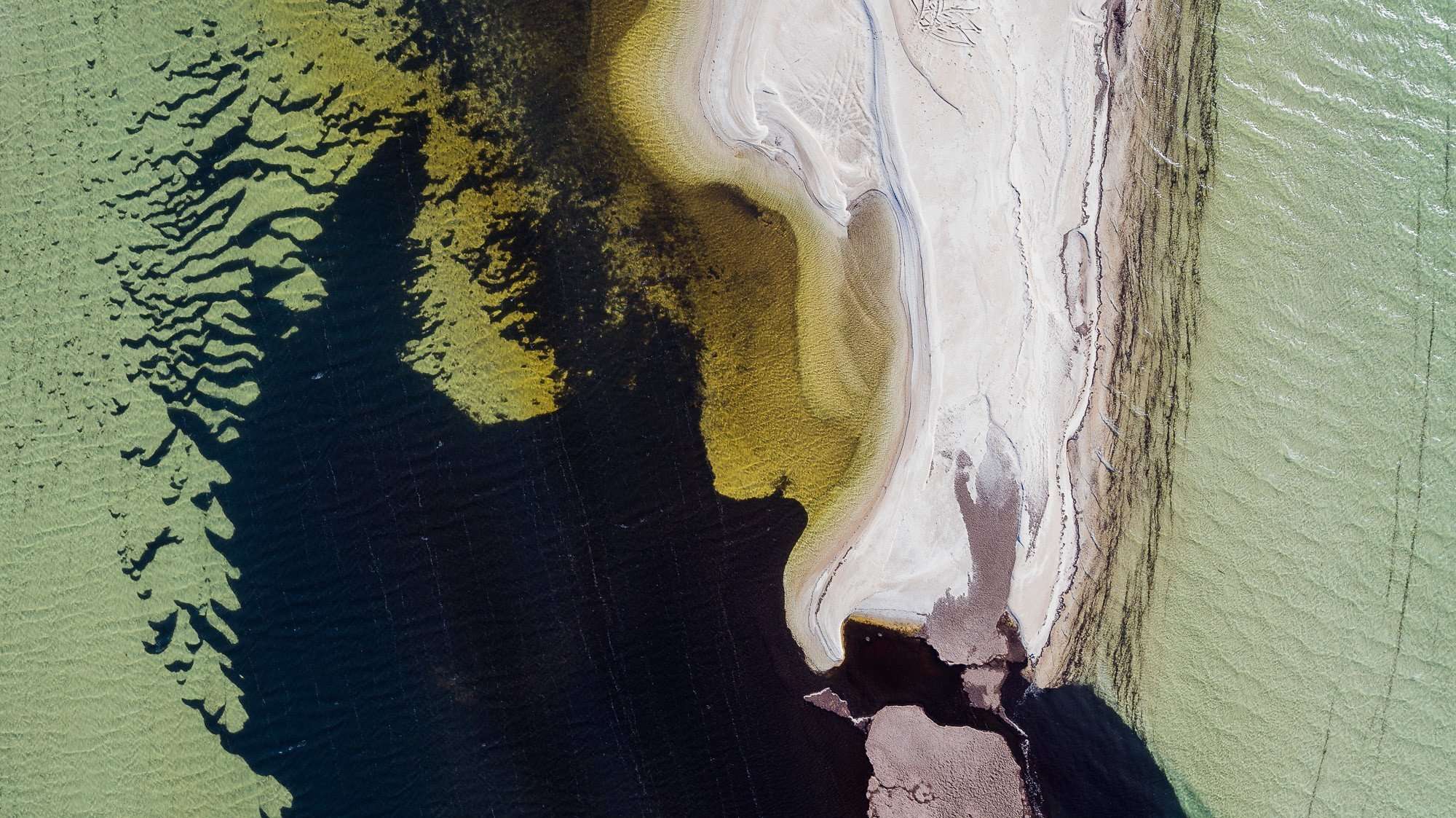 And this is the exact same location, only photographed with the drone from a more conventional perspective!

Pointing the camera on the drone directly downwards towards the earth, was the perspective that intrigued us the most. We referred to it between ourselves as the ‘‘ perspective. It was a view that we had very rarely seen before and it really suited the types of images we were taking. We focused on shooting each landscape we discovered this way. Seeing the world from this angle, led us to compose our shots as if they were artworks rather than traditional photographs.

After looking back through some of the initial shots we had taken, we  that we had a number of extremely unusual looking images. Each shot loosely reminded us of abstract artwork. At this point, we had no idea what to do with what we had taken, only that we wanted to share these photographs with the world.

Driving several hours to find some signal for our phones, we set up our Instagram account, @abstractaerialart and chose the first number of images that we were going to share. Unsure how exactly we could explain what we were about to post, we came up with the caption that would accompany each and every shot –

‘The point is not to work out what it is, but to show how weird and wonderful the world can look from above’

Nervous yet excited, we uploaded a couple of our initial finds. It’s fair to say, we were not expecting what happened next! The reaction to our images was overwhelming and took us completely by surprise. The messages of support that we received from far and wide spurred us on to go off and photograph as many more of these bizarre aerial images that we could possibly find – you will see a little further down this blog post how far we ended up traveling in search of them!

Below are a few examples of the sort of shots we were taking. They remain some of the most unusual things we have ever photographed and set the wheels in motion for what today, has become our love, passion, and our business! 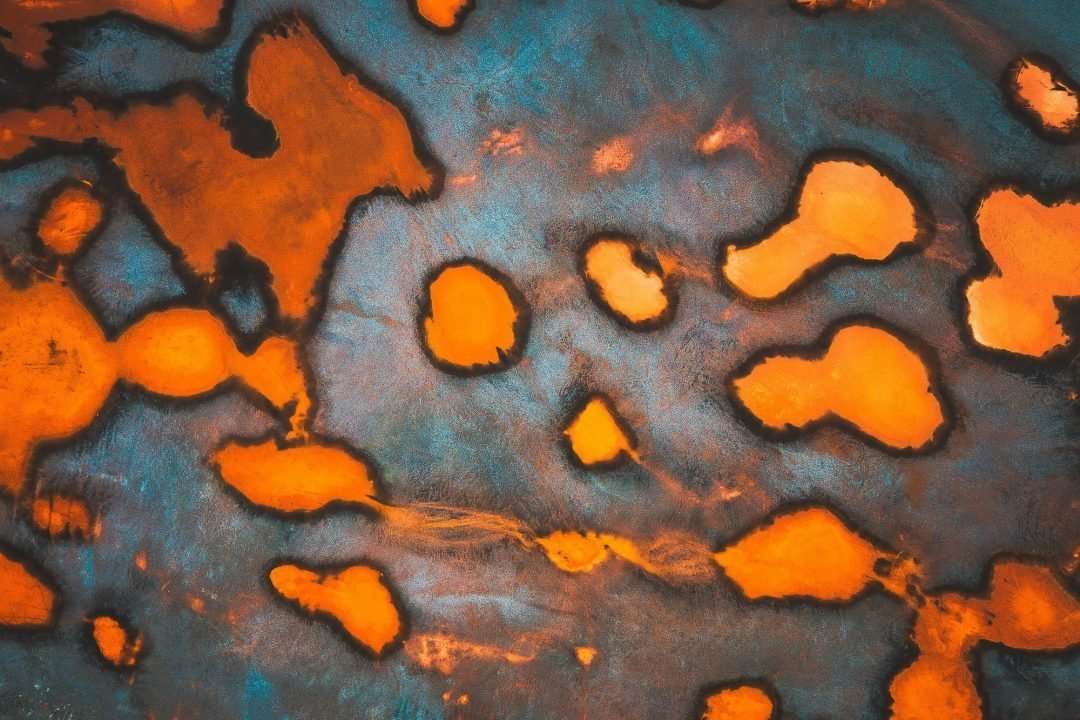 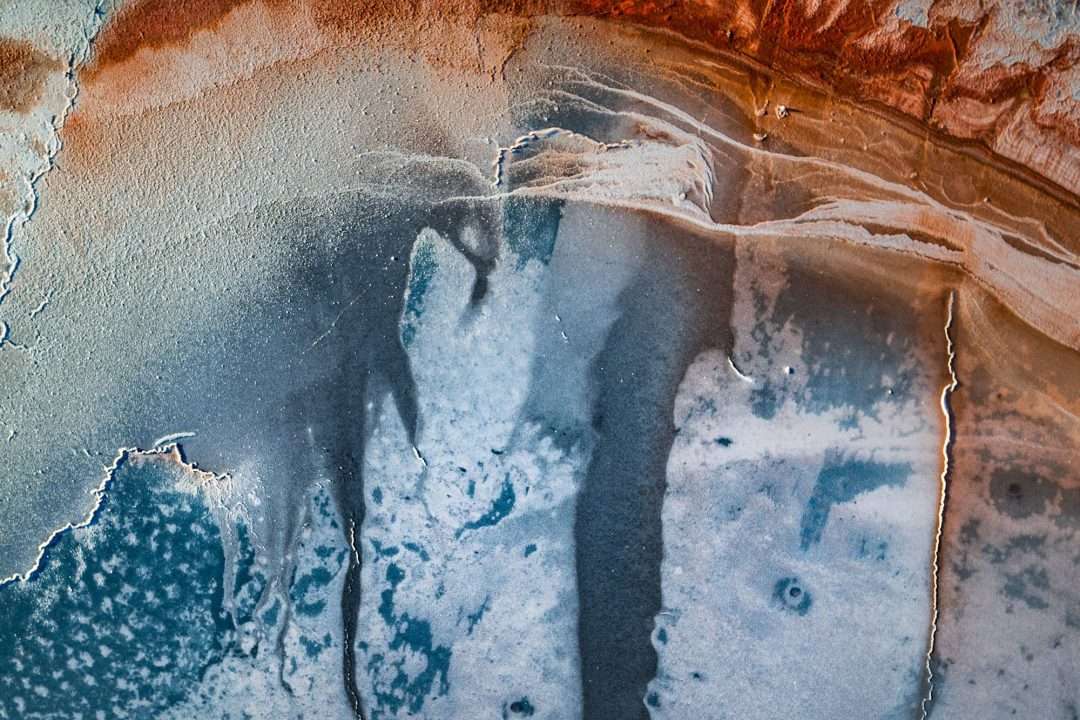 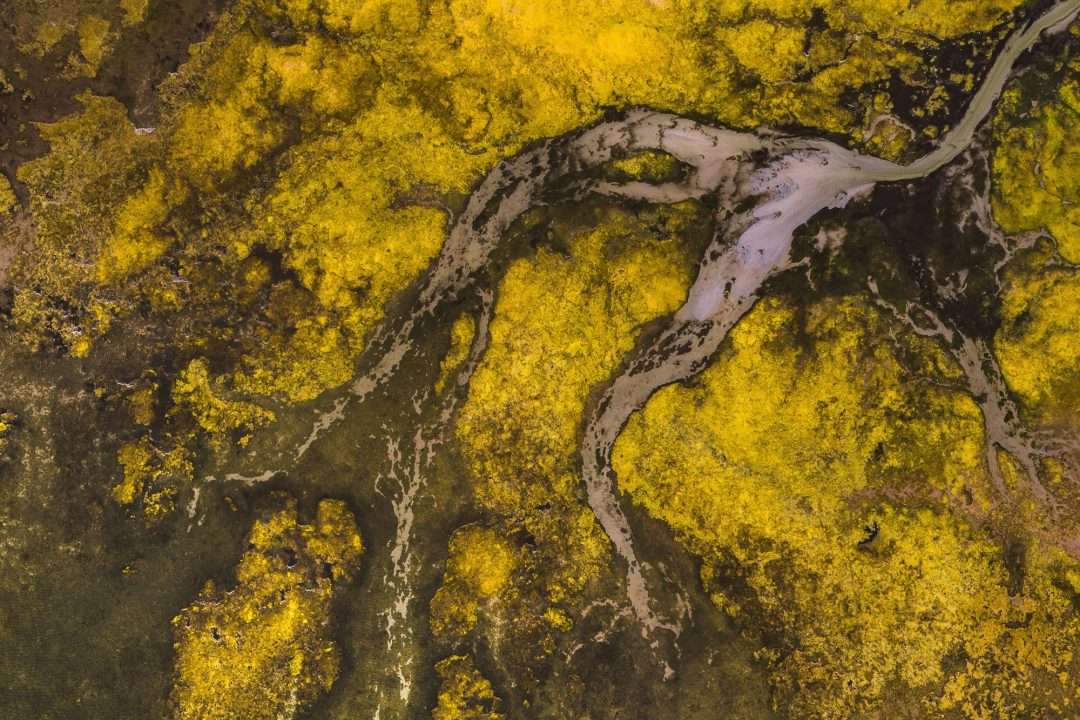 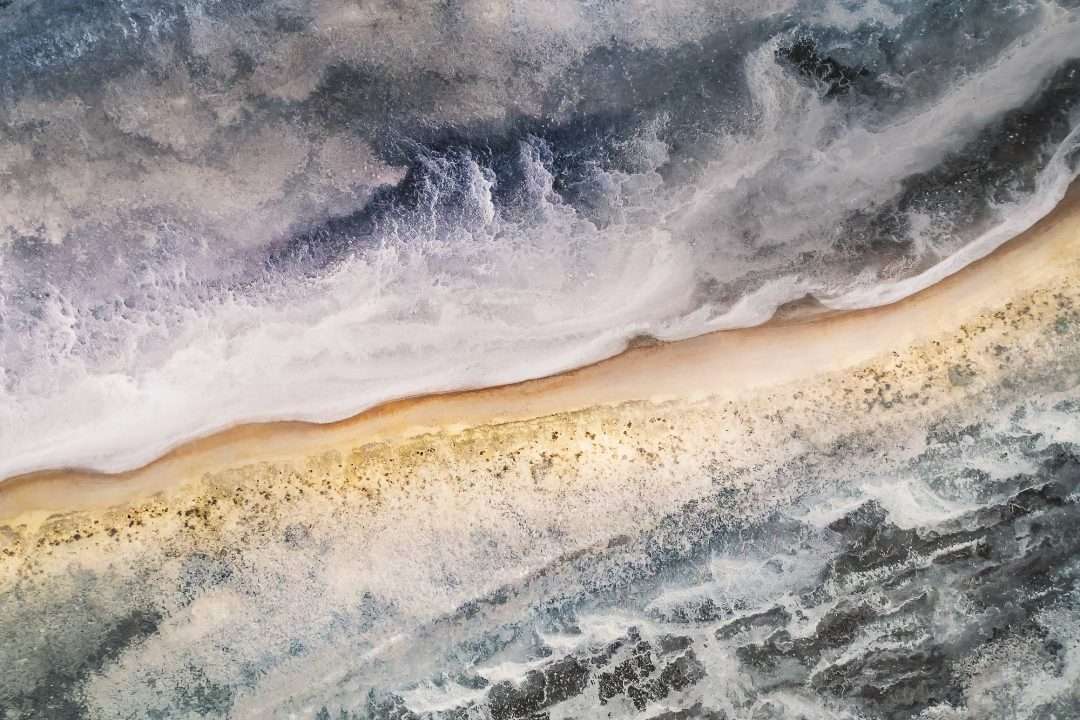 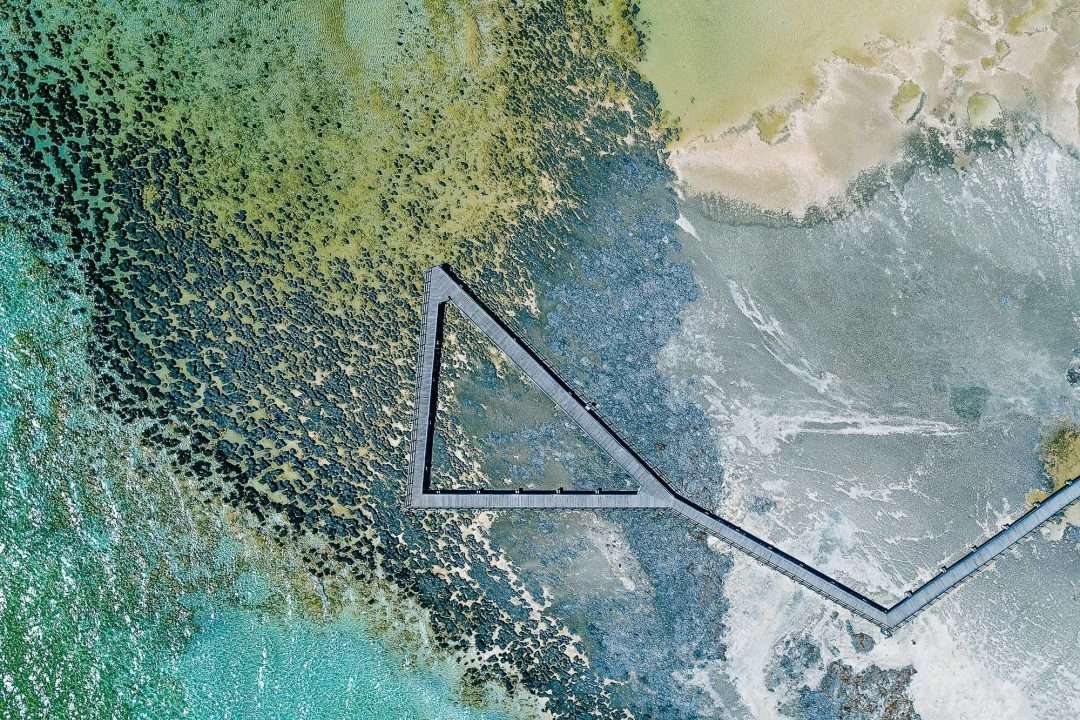 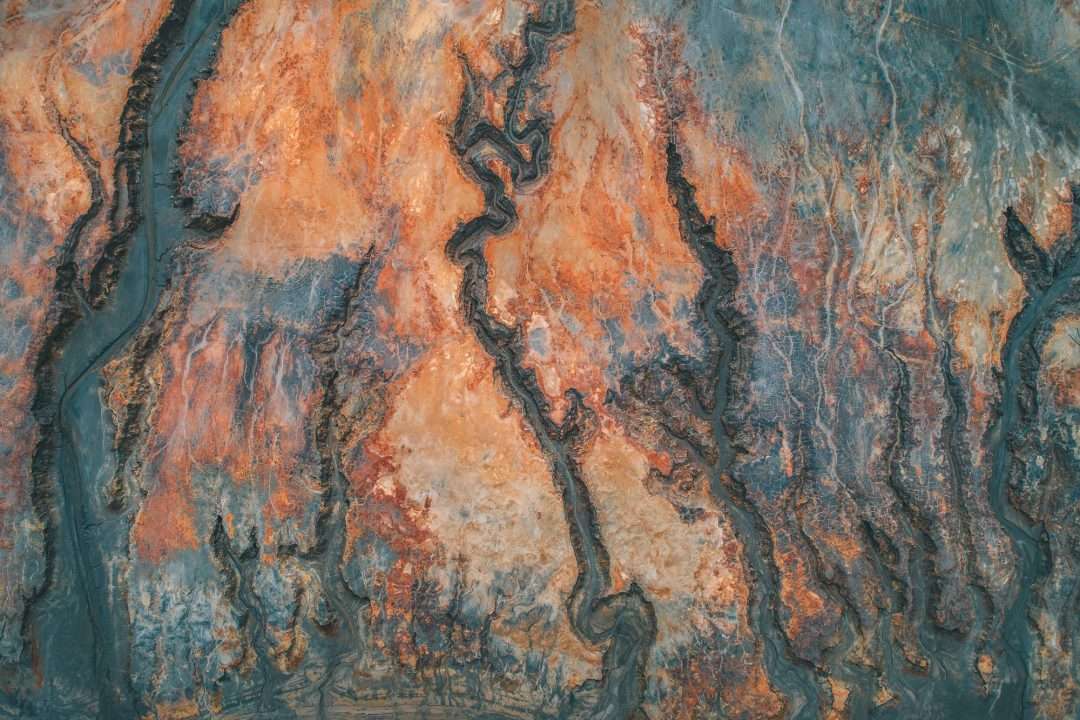 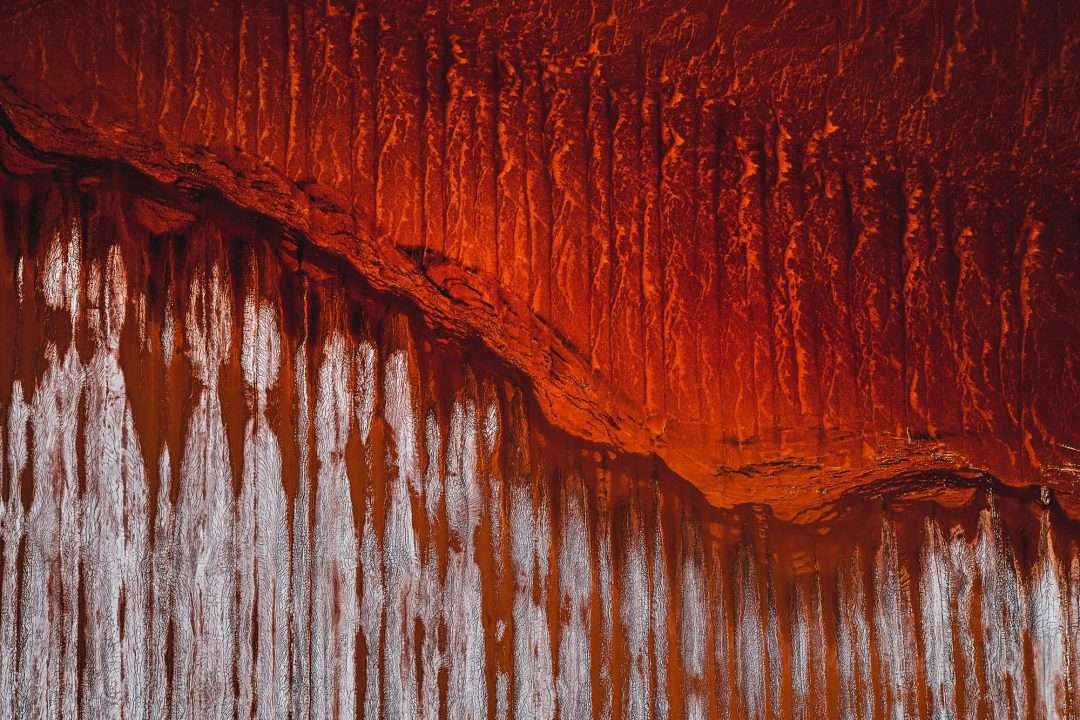 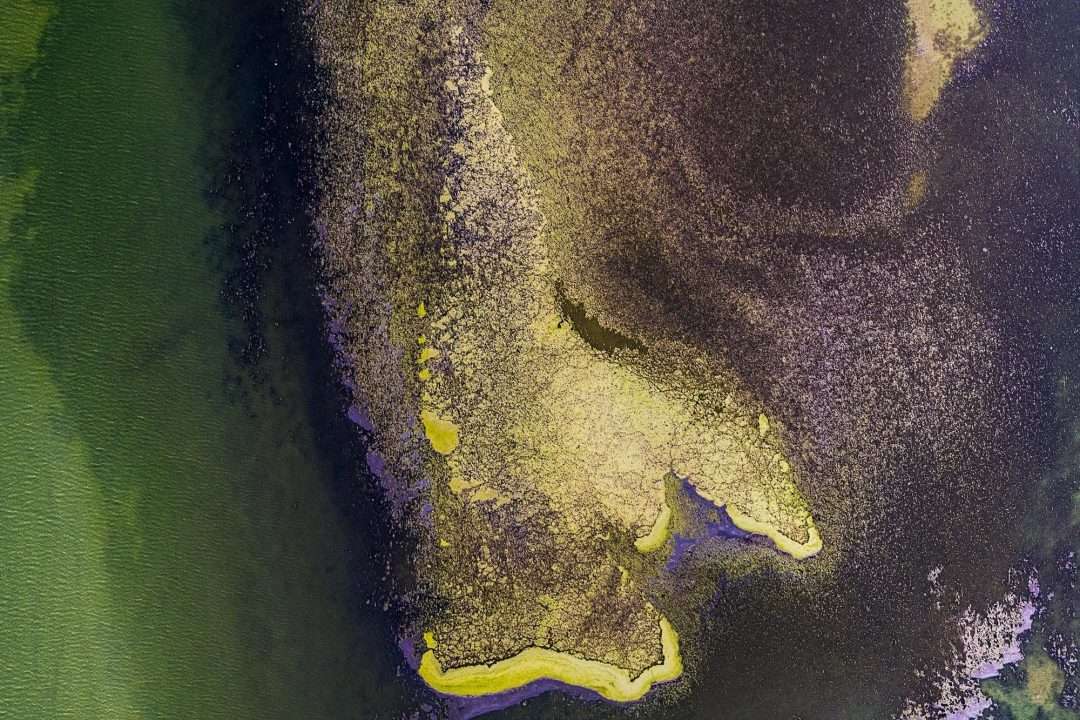 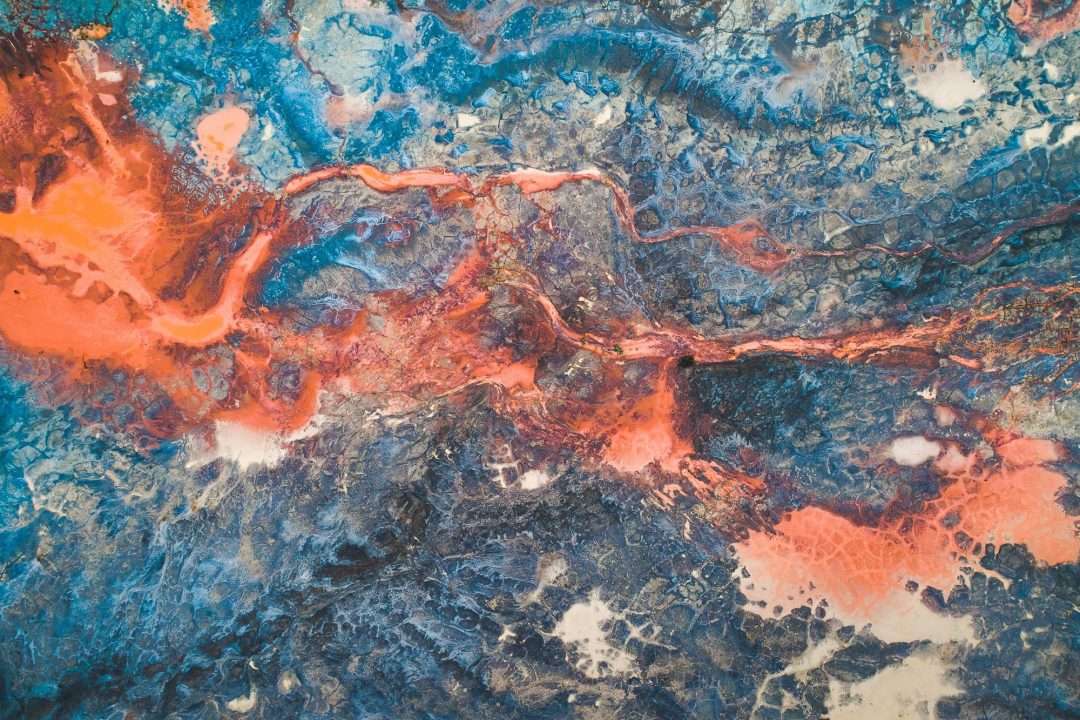 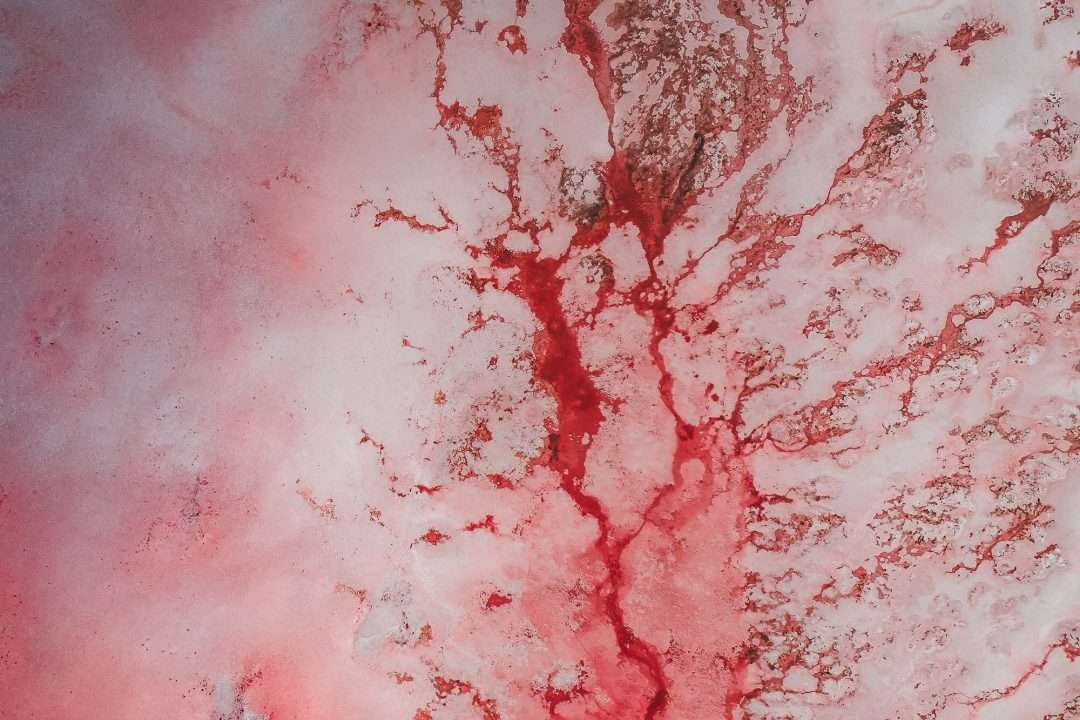 By the end of March 2017, our time in Australia had come to an end. It had been an indescribable adventure and set us on a path that even in our wildest dreams, we could never have imagined. Two cars, sixteen , and a lifetime of memories later, we had completed over 80,000 kilometers around the Australian continent during the year we spent down under! (Most of which were driven in search of bizarre locations to photograph with our drone!)

As hard as that is to believe, the screenshot below shows a map of Australia featuring the GPS data taken from our drone at every location it was flown whilst we were there. Each orange square represents the number of images that were taken in the surrounding areas. Hopefully, this map gives you some idea to the ground we covered in pursuit of Abstract Aerial Art!

For sentimental reasons, it is quite possibly, our favourite image to date! 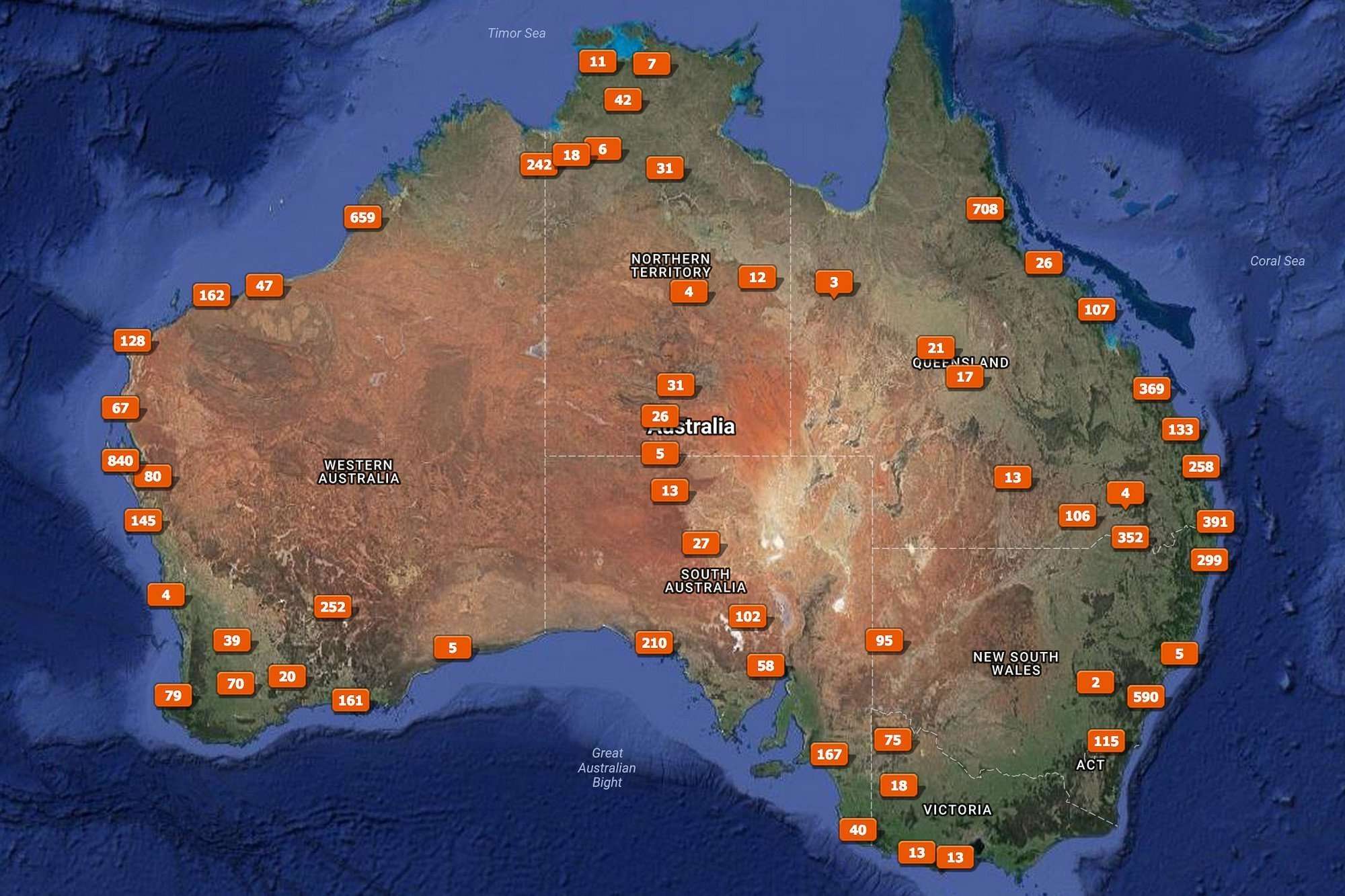